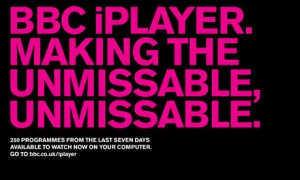 The bane of ISP’s in the UK -Â BBC’s iPlayer has been a huge success.

Want to know how much data is sent out?

Well,Â iPlayer boss Anthony Rose has revealed some of the numbers in an interview with CNet UK’s Crave, andÂ states:

“I think that at the moment, just for streaming, iPlayer uses about 60Gbps of bandwidth (that’s about 7.5GB downloaded every second) in an evening peak. I think about 15Gbps for downloads, and about 1.5Gbps for iPhone. So overall on a particular peak day we may hit 100Gbps (about 12.5 gigabytes per second) although typically it’ll be somewhat less than that. That turns out to be up to 7 petabytes of data transfer a month.”

To make sure that everyone is catered for iPlayer uses 60 servers to encode tapes in 14 different formats.

Rose is also asked about the choice of Adobe Air for the iPlayer client software platform. He says:

“We had to be on Mac, PC and Linux, so we spent a lot of time analysing solutions that we could use, including what I call ‘speed dating’ companies that offer solutions in this area. But ultimately we chose Adobe Air for two key reasons: number one, it had a system that allowed our seven-day or 30-day playback to be enabled and controlled on PC, Mac and Linux. That’s a requirement of a DRM, not that we want to use DRM, but we’re forced to because we make content available for download. It’s part of our rights framework.”

Rose points outÂ that iPlayer usage peaks a bit later than TV usage, “but interestingly, iPlayer on the iPhone peaks at about midnight. So people are clearly going to bed with their iPhone and watching in bed.”

So – do you use iPlayer?

If so, which shows and at what time?

I tend to use it to keep up with Ashes to Ashes……. but then some people would argue that I’m also stuck in the 80’s!