On Tuesday I was invited for an evening of Dim Sum, banana slinging, laser shooting and meat lobbing – all in the name of a new app being released… by a ‘payment provider’.

If you’ve seen Barclaycard’s advert featuring a man-sized toy monkey (Mr B) showing a hapless guy around a toy store with the toys scabbling to be chosen to be the choice Christmas present, then the app characters will be familiar to you.

Naturally, Mr B is present and he is joined by Chomp, the dinosaur and a robot called… errr… Mike.

The launch was held in London’s hip Shoreditch with the company taking over a wall in a courtyard in order to paint a huge hand on it. 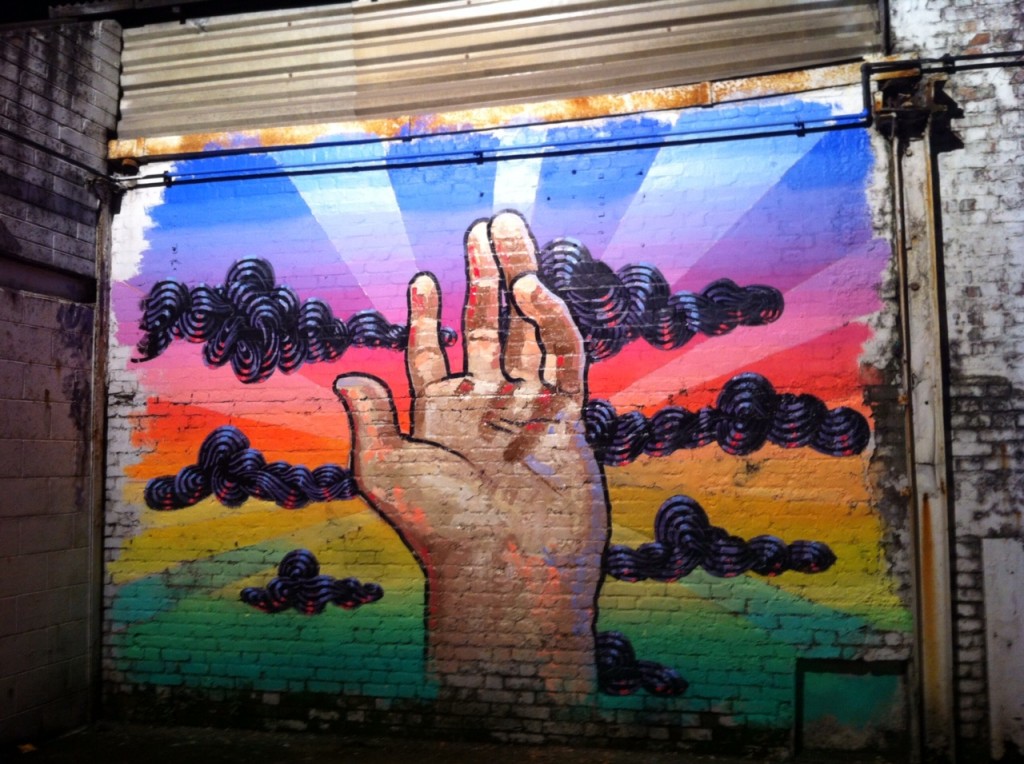 Why? This gaming app uses augmented reality (AR) and is tuned in to flesh tones.

Perry Price who created the app told me “Using the latest parallel programming techniques the phone splits the image into appropriate channels, rapidly strips away areas of the cameras feed that aren’t skin, identifies regions that might be a hand and then makes a decision about which of those is the more likely to be the tracked hand – all this takes place at a steady 25fps on most models.”

It is definitely one of those adictive games that seems to simple but there is obviously plenty of work gone in to its design and the AR elements. Perry was so enthusiastic about his creation but did admit that many man hours went it to its creation. 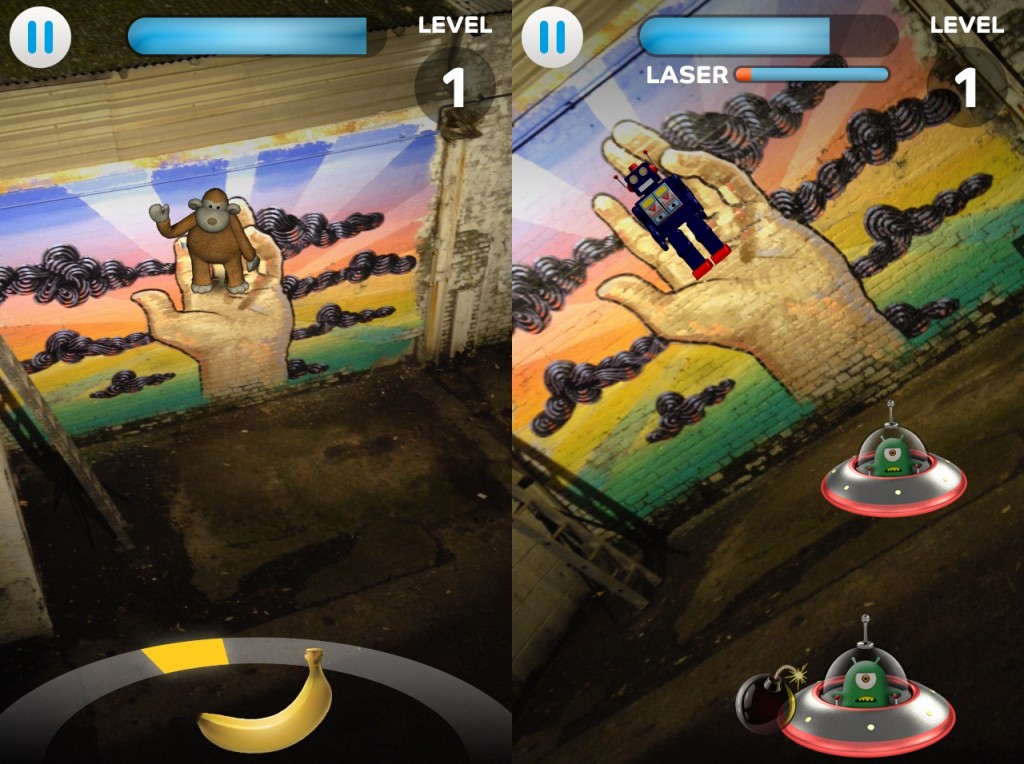 It does work really well and throwing bananas at a smaller version of the helpful monkey sat in your hand (or leather stool) was quite adorable. Firing lasers at UFOs from your palm is cool and having a mini T-Rex greedily gobbling slabs of meat that you chuck to it… well, who else has done that?

We had a chance to play on a larger field thanks to artist, Lee, who had painted the hand on the wall. Soon we all had our characters sat on the hand wall – pretty cool. You can see how it was done in the video below.

The highly addictive game is available for free from today on the iTunes appstore.