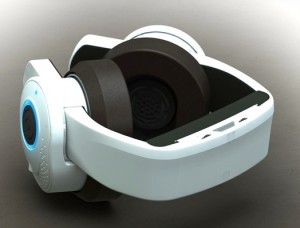 Please welcome the latest player in the world of Virtual Reality, the Avegant Glyph. It certainly looks like Oculus VR’s Oculus Rift headset isn’t going to have it easy.

Virtual Reality (VR) seems to be the next logical step in gaming, amongst other things, thanks mostly to the awesome Oculus Rift. The proof is in the fact that developers are falling over themselves to make their titles compatible with the device and, along with tech such as the Virtuix Omni, it looks like we’re almost at the point where we’ll be playing the sort of immersive games we were promised way back in the early 90s. You’ve seen the Death Star trench run haven’t you?

Oculus Rift isn’t going to have it all its way though. Tech firm Avegant has revealed its own VR headset, and it offers so many advantages over the Rift that it has every chance in becoming the gamer’s choice when it eventually launches.

One of the biggest differences between the Glyph and the Rift is that the Avegant Glyph beams the image directly into your eyeball using a “Virtual Retinal Display”. There are no screens, as you find with the Rift.

The Glyph user light which is reflected off of 2 million micromirrors straight into your eyes. This means that the Glyph avoids the issues of motion sickness and eye strain which are associated with traditional VR headsets, as the image you get is more like what your brain is used to processing in the real world. 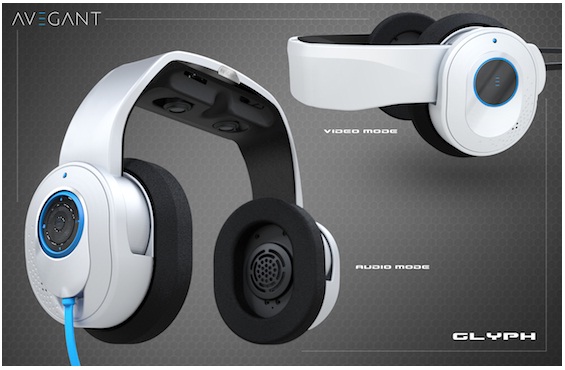 As well as being a more ‘natural’ way of experiencing VR, the Avegant Glyph has another trick up its sleeve – the headset also effortlessly doubles as a pair of high tech urban-looking headphones.

A Kickstarter campaign will open early next year – will you be joining in with a pledge?

Check out the interview below by The Verge.