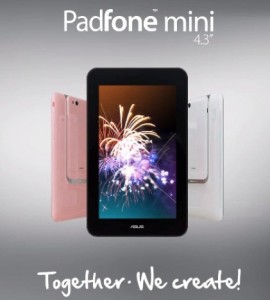 Asus has now made their PadFone Mini official so here’s all the details about the smaller smartphone tablet combo from Asus.

The PadFone Mini is essentially a smaller, lower powered alternative to the PadFone Infinity offering, as it does, a 4.3-inch smartphone and 7-inch tablet dock.

Combined you have 1.4GHz quad-core Snapdragon MSM8226 as the CPU backed by a modest 1GB of RAM. 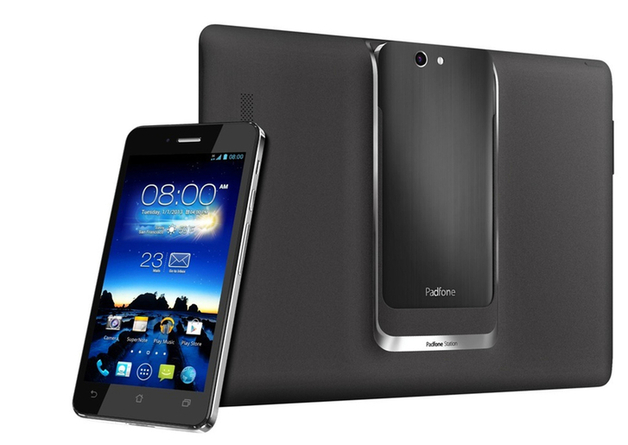 So, while the specs aren’t going to set your world alight, which is generally par for the course with ‘mini’ versions of gadgets, Asus is seemingly keen to add a mini alternative range to its collection.

That said though, there are a few special treats to enjoy like the camera’s Hi-Light Owl Mode combining four sensor pixels into one for a larger pixel size to improve the camera’s sensitivity before shooting.

The Asus PadFone Mini will be launched in Taiwan and will retail for NT$ 11,990 which works out at around £246 or $450. All things considered, that seems like a decent price for a smartphone and tablet combo device.

No European or US release date or price have been announced yet.