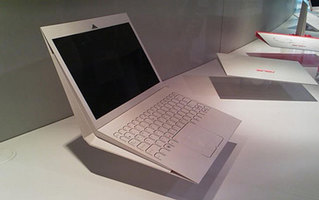 A couple of weeks ago I announced that the Asus Origami inspired Fold / Unfold laptop had been named as such and that it would be actually appearing later in the year.

In an interview with TechRadar the CEO of Asus, Jerry Shen, said that the very cool laptop should be shipping in the September to October this year.