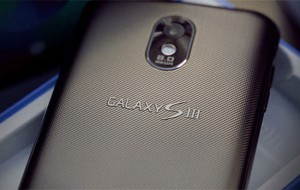 The Samsung Galaxy S III could be shaping up for an Spring outing – Could the S-shape be a hint?

The latest news about Samsung’s flagship replacement of the S II is that we could be hearing the announcement as soon as April.

We already know that Samsung will not launch the Galaxy S III at MWC 2012, which takes place in Barcelona later this month, but now the April delivery date has been uttered by Eldar Murtzain.

This could be the date of the announcement and/or the month that the Galaxy S3 will be available in stores, that bit isn’t entirely clear yet.

I’d like the S III to have that kinky shape I reported about yesterday but, it does sound like we can expect it sporting a HD multi-touch touchscreen display with a resolution of 1280 x 720 pixels. Uner the hood you’ll find a quad core processor with a 12 megapixel camera around the rear.