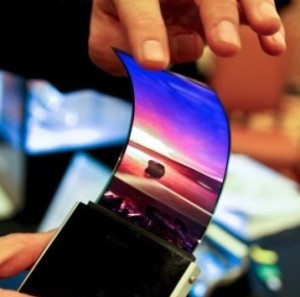 Apple could be considering making a flexible OLED iPhone but this comes with a caveat.

This might come as a shock to some but Apple is not the biggest risk taker out there. Now, before I start getting hate mail from Apple fans stating “iPhone was a risk – first touchscreen phone!” that accolade belongs to the IBM Simon. Don’t even mention the iPad.

Apple’s caution does seem to work though as many Appleites will happily pay top dollar for tried and tested devices that, for the most part, work as expected.

Cupertino delayed the inevitable IPS LCD to AMOLED iPhone transition for as long as humanly possible and it is safe to expect them not to pounce on the latest emerging tech either.

However, a patent filing with the USPTO yesterday, January 21st, does at least prove Apple is dipping its toes in the “electronic device with wrapped display” waters.

As is the way with these things, the application for the flexible OLED iPhone patent is extremely vague and references an “electronic device” of some sort with a “hollow display cover structure”, which may be formed from sapphire or “other crystalline materials.”

Images attached to the patent don’t resemble any current or rumored Apple device, and the company suggests that the patent could be applied to any number of products. The most realistic illustrations do however show a tube-like design vaguely similar to an iPhone or iPod, including ports and buttons so…

Apple also refers to app support and possible touch, voice, and/or accelerometer input, which does make it look like the thought is at least there for a flexible OLED iPhone.

I might be getting ahead of myself here and, in all liklihood, this is probably just Apple ensuring that it isn’t left behind in its research and development department.