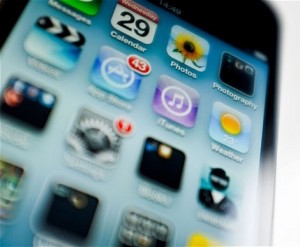 Apple, whilst removing anything to do with Google, is supposedly working even closer with Yahoo in order to see how “Yahoo’s services can play a prominent role on Apple’s iPhone and iPad”.

The report posted in last night’s WSJ states that Apple and Yahoo are in talks about using Yahoo’s content from Yahoo Sports, Yahoo News and other Yahoo websites through Siri.

This isn’t actually too far-fetched as data from Yahoo Finance and weather already pops up on the iPhone and iPad in your notifications via the apps.

Although, the WSJ says Yahoo has also “contemplated ways” to replace Google as the search engine for iOS but the idea “remains a long shot” because of Yahoo’s partnership with Microsoft and the company’s Bing search engine (Bing powers Yahoo).

Not only would that prove tricky given Apple’s deal to use Google’s Web-search service as the default in the iPhone and iPad web browser, I am pretty certain that a non-Google search engine would make for a worse experience on the devices.

I reckon, if Apple leaves the current search engine Google, then adding more Yahoo content may well be a positive move.