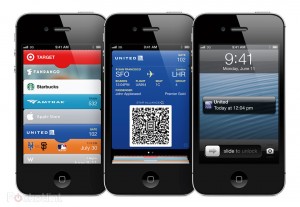 Those waiting for news of the new iPhone 5 may be a little disappointed at last night’s WWDC but, for me, iOS 6 stole the show.

Apple has given its mobile operating system for iPhone, iPad and iPod touch a huge update – crowbarring a shed-load of new features (More than 200) into your Apple handheld.

iOS boss Scott Forstall took to the stage to detail all the new features. So, here’s the major new features we can expect from iOS 6 when it’s released in the “fall” (that’s Autumn to people on this side of the pond)…

When Siri landed with the iPhone 4S for most it was a novelty which, like a Breville toasty-maker or Soda Stream, got loads of use for a short amount of time and then has since been gathering dust at the back of the cupboard.

Siri has now been given a features boost.

For sports fans Siri has now got game – well, American games. It can list game times and scores plus player standings. “Soccer” may be an afterthought but one slide did suggest that it will work with Premier League results as well as the demonstrated baseball and basketball smarts.

More exciting are things such as the integrated Yelp and OpenTable so that you can tell your iPhone 4S to book you a spot at an eatery and get instant reviews for restaurants with ratings and average prices. You can even use Yelp to make reservations.

Apps can also be launched by Siri, so no listing, just straight into the action – “Play Angry Birds” will open the game on your iPhone.

Siri now supports hands-free tweeting, something only previously possible with an SMS workaround, as well as local search internationally. Also tech and car partnerships with the likes of BMW will mean that you don’t even need to touch your iPhone to activate Siri. These “Eyes Free” buttons would be placed on car steering wheels within the next year and allow you to launch Siri with a button poke.

Siri has also finally arrived on the new iPad. That’s important, because at launch it only had voice dictation – confusing as the new iPad is loaded with the same chipset as the iPhone 4S.

The blue-logoed social network continues to infiltrate onlineness and now iOS 6 has succumbed.

Sign in via ‘Settings’ and you are good to go. Just as you can with Twitter, you can now do things such as post straight to Facebook from within Safari and the ‘Notification Centre’. Maps also integrates directly with Facebook, letting you send your location to the social network. I’m not entirely sure if that is also linked to ‘Check In’.

Even the App Store has FaceBook integration. You’ll be able to have a peek at the sort of applications your friends are downloading and grab them yourself. I reckon that this will ultimately lead to mass viral app downloads very quickly. Facebook now also syncs with your contacts.

Do you set your phone to ‘Airplane Mode’ when you hit the sack? Well, iOS 6 gets the OS X Mountain Lion style “do not disturb” button which stops things like notifications lighting up the screen or making noises in the middle of the night.

It is also possible to screen calls so people can be avoided. If someone keeps on calling however, you can tell the phone app to notify you.

Ok, you may have slept through this bit but, as unexciting as it is, Apple has also re-designed the phone app with iOS 6.

Being a phone, this is one of the iPhone’s longest-running functions in iOS and was due for titivation.

Incoming calls can now be dodged with Ninja skills thanks to an auto reply message via one swipe, an there’s a swipe up to get a reminder about it later.

Smart reminders do things like tell you to carry out a phone-related action when leaving a location. Say you miss someone’s call, you can tell your handset to tell you to ring them when you leave home.

FaceTime has been liberated and is no-longer the slave to Wi-Fi! You will be able to FaceTime over 3G on your iPad and iPhone.

Passbook is another new one for iOS 6 and lets you store all your tickets and QR codes in one place.

It is notification based, so if you go near to something such as a Starbucks, you will get a swipeable notification with details on what you have stored on your phone relating to the shop.

I’ve not seen a definitive list of who is joining in but I wouldn’t be surprised to see that only scant support will be seen in the UK to start with.

Safari is the beginning of applications playing nicely with Mountain Lion. The long-rumoured iCloud tab syncing with OS X is coming, so you can browse on your computer and then move to your iPhone where the same website will be open.

The offline reading lists allows you to download and store articles for you to read later – bonus in areas that has patchy data reception.

A big selling point of iCloud is the ability to send pics straight from your computer to the cloud, then share them across any iCloud-compatible device – Photo Stream is Apple’s cloud-based image service and you will be able to share snaps from your Photo Stream with friends, who then receive an alert and can comment on your pics – very Instagrammy methinks 😉

A brand new feature for iOS 6 coming over from Mountain Lion is VIPs.

This lets you highlight certain people from within your contacts so you can quickly find emails from them. Think family/friends/band/department.

These people will then appear either with their own unique notification, a starred message in the Mail app and a dedicated mailbox for them – Android favourites to you ‘droid users.

Other features added to Mail will be the ability to have multiple signatures for different accounts – work and personal – and to add pictures and video easily after you’ve created an email.

Developers will be able to suggest an app to view their site with and such, thanks to a new feature called Smart App Banners.

Details of any web search or what you might have been filling in on a page will also be transferred straight to the app also.

This is the real biggy in my opinion. Until now, Apple has always used Google Maps as iOS’s default mapping service. But, with Apple seeking to reduce its reliance on Google’s services, iOS 6 brings in an Apple-powered cartographic aid.

Siri integration is, naturally, built in, so you can ask it “Are we there yet?” as well as where the next petrol station or services is.

Flyover is the name given to the new photo realistic 3D views for the maps application. This hands you the most detailed possible street view style mapping experience. It all uses vector graphics, so looks lovely and smooth.

Apple has confirmed in the small print on its website that those two features will not be coming to the iPhone 4. BOOooooooo!

Apple states: “Flyover and turn-by-turn navigation will be available only on iPhone 4S and iPad 2 or later.”

Apple also uses the small print to warn: “Some features may not be available in all countries or all areas.”

The iPhone 3GS, while getting iOS 6, will miss out on features including VIP list, VIP and Flagged Smart mailboxes, FaceTime, Offline reading and, of course, Siri.

When is it coming?

Apple is pointing to autumn for an iOS 6 release. If you are a developer, however, you can download the new version of the operating system right now.

What do you reckon to iOS 6? When do you think iPhone 5 will be out seeing as Maps is not being renewed on iPhone 4?