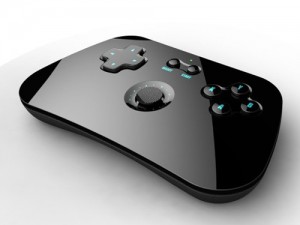 Apple is to launch an official gamepad for iOS devices “soon”, according to a report.

Pocket Gamer has unleashed its exclusive news that a dedicated controller is set to be formally announced at the mobile giant’s annual press event in April.

A number of developers have said, although they have yet to see the gamepad in the flesh, that Apple, operating under a different name at GDC, has told them what to expect.

The gamepad could be part of Apple’s plans to join in the battle of the living room with Valve’s Steam Box and, this would also be a natural addition to its TV blueprint.

The announcement of any kind of console, Smart TV or other TV-connected hardware would provide a huge challenge to the likes of Nintendo, Microsoft and Sony, and would also be worrying news for the wave of new Android TV companies such as Ouya and GameStick.

Last year Apple filed a patent that suggested the iPhone could be used as a game controller. This could also mean that the iPhone, rather than a specific gamepad, could be turned into a controller.