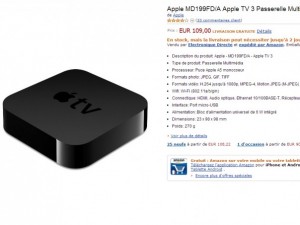 A new version of Apple TV could be with us within the week, but that’s not the only new Apples to be dropping soon.

AppleInsider spied that Apple TV has been pulled from Amazon’s French and German websites, both of which say that the set-top box will be back in stock on 23 October. Now, there’s a coincidence.

That’s the very next day after the big iPad 5 and iPad Mini 2 launch next Tuesday.

The last version of Apple TV was announced in January, but was a minor revision that tweaked the processor and software. Today Apple TV competes with streaming services like Netflix and Lovefilm, which are available through devices such as the £10 Now TV and smart TVs.

Tim Cook might be announcing a load of new features wrapped up in a brand new device but, on the other hand, the existing Apple TV might simply be getting a software update to iOS 7, which is also pretty much a given as it’s already rolled out to iPhones and iPads

Whichever way you cut it, Apple’s event on Tuesday is shaping up to be an exciting one. Apple has a yearly update cycle for its products and it was in October of last year that we saw the company reveal the latest iPad and a new iPad mini. 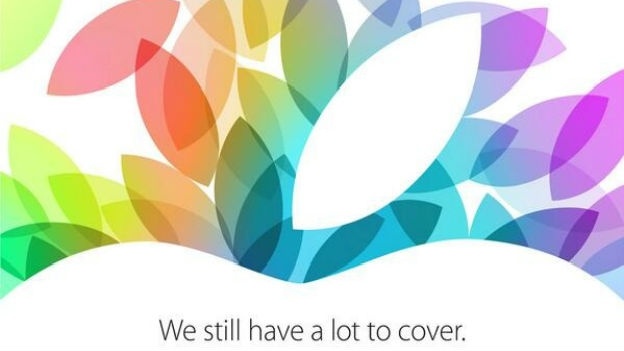 Firstly, it’s expected that the iPad mini 2 will headline the event and provide the main talking point. According to the gadgety grapevine, the iPad mini 2 could feature a Retina Display and an improvement on the 1024 x 768 pixel resolution of its predecessor.

Secondly, Apple will almost certainly update its 9.7-inch iPad. I’m expecting Apple just to call this the iPad – as they seem to be fed up with numbering their main tablet these days.

The new full-sized iPad will be locking horns with the upcoming Google Nexus 10 so it will have to have the chops to compete. I’m assuming that the iPad will land with the A7X processor and a few other bits of gadgety lovliness.

I am very much hoping that Apple has a chunk of time set aside to chat a little bit about the new sci-fi looking Mac Pro.

So far, Apple has only given a date of “fall 2013” for the release of the Mac Pro so the decent thing would be for them to announce the release date and pricing information for the new machine on Tuesday.

That could then be backed-up with pricing and a release date for Apple’s new operating system, OS X Mavericks. While they’re at it, it would be a decent opportunity to unveil an updated Mac Mini… well, it would.

Apple might not even stop there. KGI Securities analyst Ming-Chi Kuo has predicted the release of an all-new 12-inch MacBook with high res Retina display due for release by Apple in mid-2014. If that’s the case, then we might get our first glimpse of it in San Francisco on Tuesday.

Where there will most likely be the new Apple TV box at the show, I’m extremely doubtful that the Apple telly known as iTV will be making an appearance.