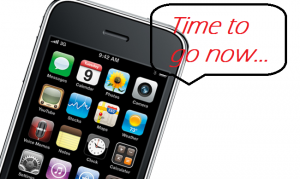 It’s almost that time fanboys and girls! Apple is poised to unveil the new iPhone 5 which means that the oldest member of the family is taken to a quiet place never to be seen again.

Reports suggest that, with the arrival of iPhone 5, Apple will move the iPhone 4 to become its new bargain-basement blower with the 3GS resigned to the ‘where are they now?’ files.

Sources “close to retailers” have stated that Tim Cook and the rest at team Apple will soon be closing the book on the iPhone 3GS, which went on sale in the summer of 2009.

Taking its place on the first rung of the fruity smartphone ladder will be the iPhone 4.

iPhone 4 was the first Apple phone to feature the company’s retina display tech and, as it steps back to make room for iPhone 5, it becomes the cheapest iPhone available. The phone could even find itself as a free phone o payn monthly contracts. An 8GB version of the iPhone 4S has also been whispered about.

While the 3GS is looking to be heading the same way as the iPhone 3 it has kept up with the 4 pretty darned well – it even coped with last year’s iOS 5 software update without much of a to-do.

If you are still clinging on to your 3GS you will be pleased to know that Apple has promised that the third-generation mobile will be getting updated to iOS 6 this autumn, albeit with many new features missing. 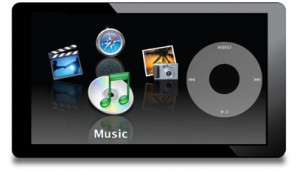 In the meantime, a different grapevine is abuzz with reports that a redesigned iPod touch will be introduced.

The current model may be ‘tweaked’ which will probably mean that it will be fitted with the new dock connector that’s reportedly in the works for the iPhone 5 and all new iOS hardware.

The site claims that new information points to some new musical gadgets from the Cupertino chieftain with a price range between $299 and $399 (£190ish and £250ish).

This would sit them on the top of the iPod tree and should reflect them being redesigned iPod touches. Let’s face it – the touch has been the same since 2010.

What should Apple do to improve the iPod touch? Let me know in the comments below or on the GN Facebook page 🙂