Apple Tablet will be Subsidised by UK Phone Networks 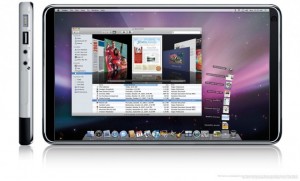 Well, lovers of all that is shiny and gadgety!

Looks like the UK will be getting some Apple-styled Tablet love as it appears that the fruity tech maker is chatting with UK operators over network partnerships for its much talked-about tablet PC.

Orange, O2 and Vodafone are all claimed to be drooling in anticipation of stocking the latest big noise in the tech world.

All reckon that the operators will bundle the iSlate in with 3G mobile broadband contracts (just like they do with netbooks, etc) and thus subsidising the rumoured Â£800 it’s expected to cost.

Appleâ€™s tablet PC is expected to be flashed and photographed reality on January 27th when the San Francisco-based company unveils its â€œlatest creationâ€.

This follows the little glissade de la langue (slip of the tongue) by a French Orange executive who claimed his company would be stocking the new creation – of course this was quickly retracted.