Apple Store down and picture of iPad mini 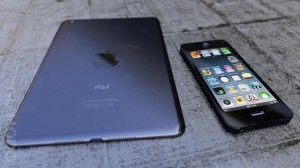 Is the iPad Mini about to make an appearance? Well, the Apple Store has been down and there’s a little hint to what it might look like.

The rumour-mill is certainly heating up with more whispering about Apple’s new iPad Mini hitting the interwebs than you can wave a miniaturised tablet at.

So far, word has it that it will be equipped with a 7.85-inch touchscreen display and share a similar design to the new iPhone 5.

Martin Hajek has created some renders of what Apple’s new iPad Mini may look like following the iPhone 5 genetics.

Invites for Apple’s iPad Mini event on October 10th are said to be being sent out with the diminutive slate hitting stores soon afterwards.

Apple’s online store went offline on Thursday evening — sporting the usual “We’ll be back. We’re busy updating the Apple Store for you and will be back soon” statement. The store has been down for at least three hours so far.

Apple usually pulls the blinds down on its virtual store ahead of new product launches, but with no Apple event officially scheduled, it’s not clear what the latest substantial slab of downtime relates to.

Today does, however, mark the one-year anniversary of Apple founder Steve Jobs’ death — but the Apple homepage would seem a more fitting place for a tribute to Jobs.