Apple didn’t mention any updates to its range of iPods at yesterday’s event, but there was one small change that has been made.

This might not exactly rock you to your socks but the iPod Touch, Nano, and Shuffle are now all available to order in the same “space gray” shade that is making its debut with the iPhone 5s. 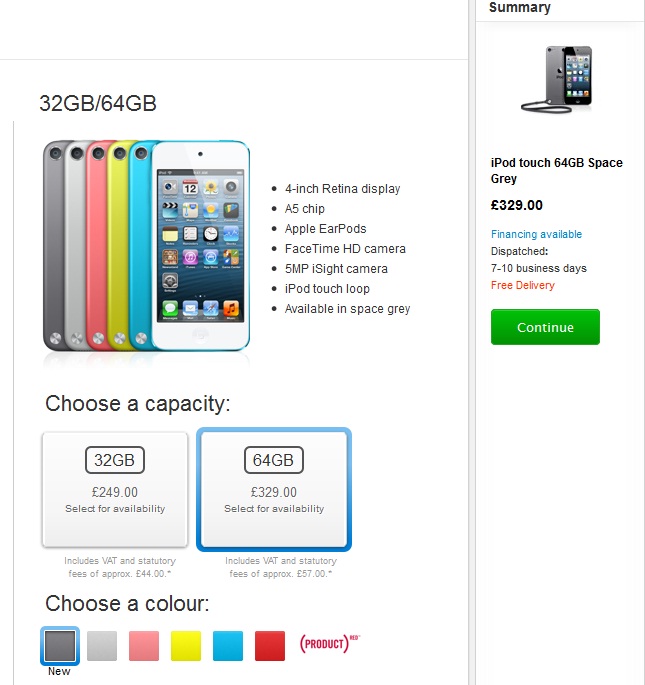 This new hue replaces the darker slate shade for the Touch and Nano. That slate finish was also seen on the iPhone 5 and is now only available on the iPad mini.

The change is a minor one, but the fact that Apple is taking the time to produce the older models in the new colour suggests we won’t be seeing any more significant additions to the iPod line in the near future.

The iPod classic, meanwhile, remains unaltered as expected despite not having received any updates at all since 2009.