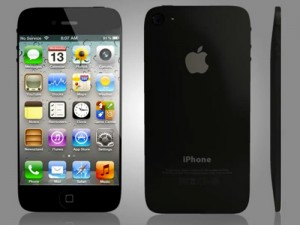 I couldn’t let a day go by without at least one iPhone 5 article could I? There seems to be an Apple conference booked and strong hints at the amount of handsets to be released at launch.

It looks as though Apple is getting ready for the iPhone 5 release date – The phone factories have been instructed to ramp up production with orders of the eagerly awaited handset being increased ahead of huge fourth quarter sales predictions. Word is that Apple is to ship 20 million of its next-gen handsets in the year’s final period.

If this sales prediction is on the money then the iPhone 5 will quickly be crowned as being the most popular device on the market. That would be a lovely Christmas present for Jobs & Co wont it?

Over the weekend it seems that September 7th is hotly tipped as being the launch date – well, MacRumours originally said September 8th but forgot to take into consideration the time difference with their Japanese source 😉

This isn’t far from the September 5th date which was apparently leaked by Apple themselves.

Are you still looking forward to the new iPhone with its edge-to-edge screen, 1GHz dual-core processor, slimmer form factor with new curved back design and 8-megapixel camera which can capture 1080p Full HD video – or are you bored already?