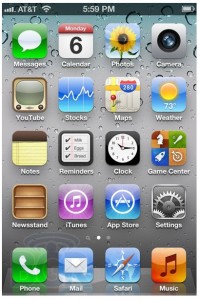 This is the shocking discovery that Apple’s iconic music player is being removed in iOS 5 – no longer will the music playing app be called iPod.

The news comes as the list of all the added features are being listed one glaring omission has been spotted. The app where you head to for some tunes – the one with the familiar click-wheeled face of the iPod Classic – will no longer be named iPod.

Instead, it seems that this app will be quite basically called Music.

That’s the thanks that the iPod gets after a decade worth of service to Apple – could this be the start to an iPod cull?

I wouldn’t be surprised, especially with theÂ adventÂ of iCloud, that someone will quietly take the iPod Classic to the knackers yard.