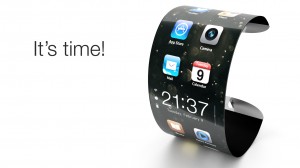 Apple has been awarded a patent for curved touch screen technology, the patent is described as a ‘curved touch sensor’ and it comes with the US Patent No. 8,603,574, and it is possible that we could see this new technology in the Apple iWatch.

Apple has received a patent for curved touchscreens and displays using curved touch-sensitive glass. The method patented by Apple is designed to create a curved screen surface that remains touch-sensitive without deforming or distorting the image the display would produce. The aim is to use this tech in displays, touch-sensitive mice (like the current Magic Mouse) touch pads and other devices.

Apple’s tech differs from some currently used curved glass techniques because often the substrate that adds the touchy-feely sensitivity to a device is flat, regardless of whether the glass panel that covers it is curved. This means that touch sensitivity suffers, since sometimes a person’s finger is actually further away from the touch panel than it might appear, or than in a traditional, non-curved device. 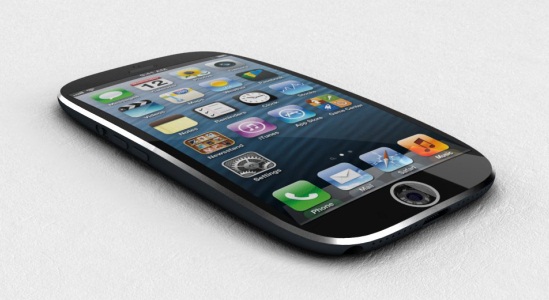 A number of smartphone manufacturers have already released curved display handsets, such as the LG G Flex and the Samsung Galaxy Round, and Apple could possibly use this technology in a future iPhone.

What is more likely though is Apple will want to use their new curved display technology in the building of their much talked about smartwatch, the Apple iWatch, which just so happens to be rumored to launch some time in 2014.