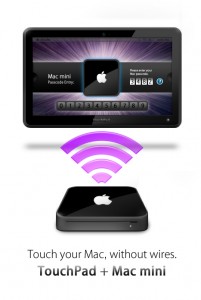 It is being bandied around the interweblogosphere that Apple could be working on a multitouch keyboard which could negate the need for a mouse with buttons altogether!

MacRumors stumbled across an interview with the two engineers who originally came up with the multitouch technology in the iPhone and MacBooks which suggested they had even bigger plans than pinching and zooming.

â€œIâ€™d always felt that playing the piano was so much more graceful and expressive than using a computer keyboard,â€ said Wayne Westerman, the co-founder of Fingerworks, which Apple bought in 1998 to acquire its multitouch technology. He added: â€œI thought how great it would be if I pulled some of that expression from the piano to the computer experience.â€

Do you think that Apple can pull off a true multitouch keyboard?

Apparently they big fruity company is busily hiring multitouch engineers, with a job posting asking for applicants with experience in â€œGesture Algorithms.â€

Could we be seeing a giant glass trackpad on the way?