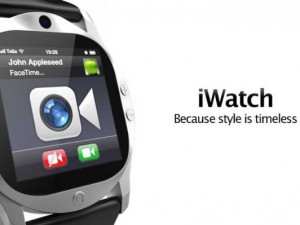 If you were relying on Apple to release a full-on smartwatch then perhaps it’s best to prepare for the worst.

If the latest reports are true, it looks probable that Apple’s forthcoming wearable device is likely to be more a Bluetooth-only companion device, rather than an all-out attempt to shoehorn modern smartphone-type features into a watch.

According to sources quoted by Mobi Health News, Apple’s future wearable tech is currently being developed by a team of around 200 people, who are working on something that sounds more like a notification assistant for an iPhone or iPad. Pretty much a fruitier Samsung Galaxy Gear.

The health aspects are likely to be limited to calorie-counting, motion tracking and vague stress-related advice, which will be managed by a dedicated app known currently as Healthbook.

The sources also put paid to rumours suggesting that the iWatch would be packing some serious health tech.

Apple was said to be meeting up with US healthcare regulators at the FDA, which got people excited about the possibility that the smartwatch would pack healthy innovations such as glucose-sensing.

Well, nope. Apparently the meeting allegedly saw Apple ask for assurances that its device can be sold unregulated. As in, it won’t have any serious medical applications, at least not in initial hardware forms.

I have no doubt that it will still sell in huge numbers and will probably look rather neat.