Apple iWatch being built by Invatec 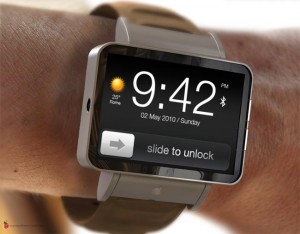 As Samsung Gears (see what I did there?) up to unleash its smartwatch more rumors are surfacing concerning the iWatch, Apple’s entry into the smart watch market.

Just because Apple has yet to officially confirm that it is actually looking to enter the wearable electronics market with a smart watch doesn’t mean it prevents people chatting about it.

This latest rumor comes from an analyst at CIMB Group.

According to the analyst, an Asian company called Inventec will land about 60% of all Apple iWatch orders. Manufacturing the device for Apple is expected to contribute about 19% of Inventec’s profits for 2014, according to the same analyst.

Going on record the leaky analyst states that the iWatch is expected to sell for somewhere in the area of $149-$229 with a prediction that most purchases will be by consumers looking to replace iPods.

Will Samsung be able to corner this market before Apple launches with its Gear?