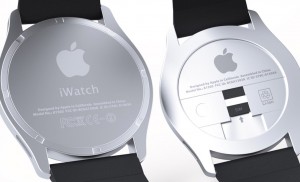 The Apple iWatch is expected to launch in September, alongside the new, possibly curvy iPhone 6 and it appears that the Apple wristwatch is in production.

According to the recent report small numbers of Apple’s iWatch has now entered production using SiPs.

SiPs stands for System in Package modules, which is basically a number of integrated circuits that are all wrapped up in an enclosed package. This is designed for smaller electronic devices such as MP3 players.

The SiPs include components such as the CPU, DRAM and flash memory. This goes to take up less hardware space than a regular ol’ PCB would, which makes this system ideal for the iWatch.

Apple are expected to release two different sizes of the Apple iWatch, one with a 1.3-inch display and the other with a 1.7-inch display in order to suit both skinny and chunky wrists.

The device is said to come with a flexible display, and fitness tracking will apparently play a major part in the iWatch as this is something that will feature heavily in Apple iOS 8.

Apple are also said to be working together with Nike on some fitness features for the Apple iWatch, exactly what this will be remains to be seen.

Most rumours point to the Apple iWatch featuring a sapphire display and possiby a circular design, similar to the Moto 360 rather than a square or rectangular design like the Samsung Gear.