Apple iRadio one step closer to streaming against Pandora and Spotify 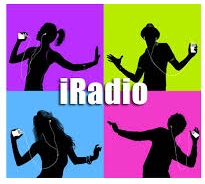 More music news – Apple is all set to sign a deal with Universal Music Group and bring its rumoured iRadio streaming music service, not to be mistaken with iRadio.ie,  one step closer to reality.

Apple’s iRadio service is looking to take on the likes of Pandora and Spotify, which already offers a free radio-style music service (although Pandora isn’t currently available in Europe) in conjunction with the big record labels.

After the Universal deal is inked, Apple will be concentrating on the other two major music players – The Verge‘s sources report that Warner Music is close to a deal, although talks with Sony have not yet reached the point where a deal can be signed.

Apple is paying royalties at a similar rate to Pandora after attempting to secure hefty discounts. According to a story published last month in the New York Post, Apple initially offered to pay 6 cents per 100 songs streamed, or about half of what Pandora pays. Now, Apple will pay rates nearly “neck and neck” with Pandora, one of the sources said.

Apple’s new service will be similar to Pandora’s. but it won’t be a clone. According to the sources, iRadio will come with more on-demand features.

But will it limit use to 40 hours of free music, like Pandora? Spotify probably is crossing everything that it does.