Apple iPhone 4S out in a few Weeks! 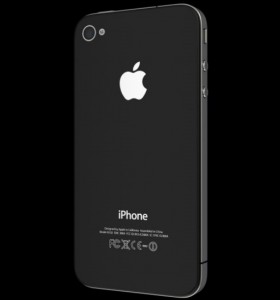 It’s that usual iPhone rumour game of ping-pong again. There are some new murmerings that are pointing back to the story Apple may in fact release two new iPhones this year. iPhone 5 and iPhone 4S.

These latest reports are certainly fanning the flames of the iPhone 4S rumours. The 4S will most likely be a lower spec’ed iPhone 4 in that it will probably be kitted out with 8GB of storage instead of the 16GB and 32GB offerings found in its older sibling for instance.

The most surprising news is that apparently these new handsets are already rolling off production lines in Korea and are to be launched within the next few weeks!

If the iPhone 4S is priced aggressively and the operators get behind it with some good and tasty contract subsidies then expect some handset sale records being smashed! It would also help Apple move in to more emerging markets.

Korean phone cobblers Hon Hai and Pegatron are rumoured to have been contracted to churn out around 45 million phones. That’s more than twice the rumoured number of iPhone 5 handsets which are said to be prepared for release.

The next-generation iPhone 5 should be out early September as well and, if the iPhone 4S report is right, it would definitely mean that the iPhone 5 will sport new hardware in order to differentiate itself from the 4 and 4S – so hello to a larger touchscreen, an 8-megapixel camera and that curved back. 😉