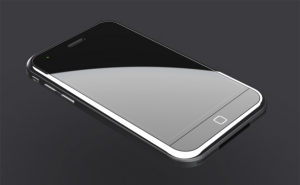 Here’s the latest rumour snippet regarding the next generation of Apple’s iPhone. It seems that the Cupertino-based tech giant is pulling the iPhone 4 in preparation of the iPhone 5’s appearance.

Digitimes has got wind of the plans via â€œTaiwan-based supply chain makersâ€ that Apple has lowered its quarterly iPhone 4 order by more than 2 million units as the fruity one starts to concentrate on iPhone 5 (word has it that it will be more iPhone 4S) which may be revealed on June 6th at WWDC 2011.

These same sources also let it be known that the iPhone 5 will begin production in August and stocks will be ready for the September launch. The new iPhone â€œrear camera will be upgraded to a 8-megapixel resolution modelâ€ is another bold claim.

Phones4u have already let slip that “the iPhone 5 has been delayed until November following an issue with the handset’s software.â€

What are you betting on? September or November?