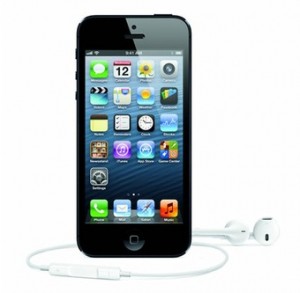 If you were excitedly reading about the new Apple iPhone 5 and the high-speed thrills you will soon be enjoying then, I am afraid, I am about to put the breaks on.

The promise of that speedy A6 chip and turbo-charged 4G connectivity made me as wide-eyed as the first time I unwrapped my first Scarelectrix but then, as is my job, I started to some poking around about the UK’s infant 4G network. It aint good folks 🙁

Like a lot of you, I was considering grabbing an iPhone 5 at launch with the understanding that when Vodafone, o2 and Three launch their 4G networks in the future I’ll be able to enjoy that wind-in-the-air experience of traversing the interwebs at 4G speeds.

Sadly, this is not the case, and the 4G iPhone 5 which will be available from the 21st of September will not be compatible with any forthcoming networks from either Vodafone or O2. DOH!

The recently branded EE is currently the only network that’s anywhere near having a working 4G network in the UK. The way it has achieved this is that it has reallocated some of its old 2G frequency allocation to make space for the 4G frequency. This is happening on the 1800MHz band, which T-Mobile and Orange has used since the original introduction of GSM digital phones.

Three customers will be able to hop on to some of this in the second half of next year as Three has bought some of EE’s capacity, which will allow it to make use of 4G on the same frequencies. But, you’ll still have to wait almost a year for that!

O2 and Vodafone are fairly miffed (to say the very least) as they say that EE has an unfair advantage – both firms refarmed their 900MHz spectrum in 2011 for 3G so have no space for 4G at the moment.

Vodafone does, however, say that it invests 1.5 million in its network every day, and that it will cover 98% of the population on 3G by 2015. It also claims to have better indoor coverage, something it achieved through adding 3G services on its 900MHz allocation.

So, the current situation is that we have one operator with services poised to go live on 1800MHz, and trials already taking place in major British cities.

In addition, the UK has 3.5GHz set aside for 4G use. Add to this the upcoming spectrum auction that will free up other operators to offer 4G services in the 800MHz and 2.6GHz bands.

But the current new iPhone 5 will probably not hook-up to those other 4G frequencies – unless Apple release a refresh before the iPhone 5S.

Add to that we probably won’t see 4G on O2 or Vodafone until late next year and, by then, the frequencies will have been approved and Apple will be able to sell a phone to those customers that does 4G – in time for the iPhone 5S 😉

So, should you buy an iPhone 5 for its 4G abilities you could very well find yourself disappointed if you stick with your Vodafone or O2 contract. Do I think that Vodafone, O2, et al will make it clear that you will not get 4G when you’re handing over your hard earned? Hmmm… let me think…

As it stands – If you’re not going through EE or Three I’d not be eager to fork out for an iPhone 5 just yet. The safe money is on waiting for Apple to introduce a new handset that supports 800MHz and 2.6GHz, which are the frequencies Ofcom is planning on releasing for 4G.

Unless you know any different? Let me know if I have anything wrong.