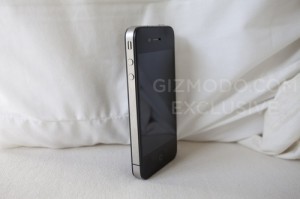 Apparently, an unnamed industry source has mentioned that the new iPhone will use Appleâ€™s own A4 processor. This is the same CPU as the iPad which means that iPhone 4G should be pretty nippy and will out-drag the iPhone 3GS and its ARM CPU.

What makes the in-house A4 chip attractive for the iPhone is that it’s a system-on-a-chip (SOC). Basically you get the main processor, graphics and other functions like the memory controller on a single silicon chunk.

Couple the A4 chip with that better (well it looks larger) camera and that higher res screen – iPhone HD anyone?