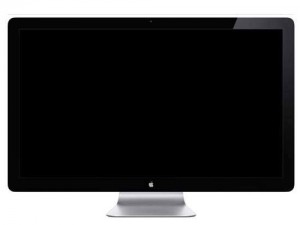 It seems that the Apple iTV has been renamed and will possibly bring you more than just a fruit-branded gogglebox.

The Apple iTV is the much rumoured, possibly 50-inch television but now it has been named the iPanel.

There’s probably two reasons for the name: The first being that the TV channel ITV owns the rights to the ‘iTV’ name as previously mentioned and the other may be that the iPanel will be more than a TV.

According to an analyst, Apple is aiming to push its share price to US$1,000 a go by making a home entertainment panel which will encourage everyone to own other Apple gadgets. Cunning huh?

This will make the iPanel more of a central display for for gaming, media, computer, home automation, TV channels and will no doubt have FaceTime tech so that you can chat to your mates who will suddenly be endowed with a 40-in head.

All of this streaming is likely to take its toll on Apple’s data centre – good job that Apple is doubling the size of its data centre in North Carolina in order to cope with the new telly-powered by streaming services.

Add to the mix the recent news that Apple is working on a gaming controller which may be for the iPanel, that could mean Apple may add in a streaming gaming service like OnLive.

How many want one?