Apple iPad 3 will be Quad-core, better than HD and 4G – Confirmed 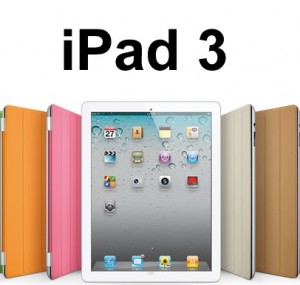 News leaks that the iPad 3 will boast a quad-core processor, a screen that’s more HD than some TVs and even rock LTE super-fast broadband – and it will be out in March!

This is very exciting news my gadgety friends.

Three people that are ‘familiar’ with the iPad 3 have said to have verified that the next generation Apple tablet will indeed be packing all the above. Not only that, but we can expect it in just over a month’s time!

One of the unnamed sources has said that production has already started on the iPad 3 and Foxconn has been putting its foot on the gas so that it will reach full volume by February 2012.

The other shadow-cloaked informants backed up the rumours that new iPad will be powered by a quad-core processor which will undoubtedly make everything move along seamlessly and silky-smooth.

The new, better than Retina, screen sounds like it will be something to show-off. With a higher resolution than the current iPad it may also out-pixel some HD TVs. One source says that the pixels are small enough and sit close enough together that the display looks like printed material.

Although the promise of the iPad 3 being LTE compatitble may sound great it wont mean much for us in the UK as 4G isn’t due to reach these shores until 2015 as the ongoing auctioning off of the wavelength spectrum hasn’t been as straightforward as it sounds. Ofcom is trying to sort everything out and I am sure that all you people wanting faster interwebs action on your mobile device can’t wait for this to be up and running.

Want to know that other bits ‘n’ bobs have been rumoured for the iPad 3? Well, have a look at my iPad rumour round up – it’s just great to hear that the important ones appear to have been confirmed and that it will indeed be the one to make a fuss about 🙂