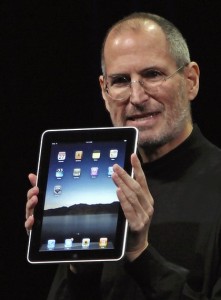 You may have heard that Apple’s new baby, the iPad, has been on pre-order in the US since March 12 – that also stands for those Brits that were plucky enough to take BundleBox up on their offer.

So far all we’ve heard is “end of April” when trying to find a fixed date for the UK roll-out but, according to Ubergizmo’s grapevine, a leak has suggested that April 24th has been pencilled in as a â€˜blackout periodâ€™ for Apple store staff across the UK and Europe.

We’ve all had out iTunes 9.1 update in preparation of the new arrival even here in Blighty. If April 24th is taken as the release date and looking at the fact that our Stateside cousins could pre-order the iPad 3 weeks before their April 2nd release date; this should mean that UK pre-orders opening up in the next week or so.