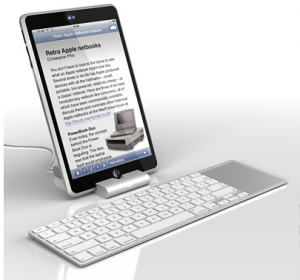 Apple has almost come up with a definite UK release date for their iPad.

Where stateside gadgety fans will be able to pounce on the new Wi-Fi tablet on April 3rd and the 3G version later the same month we in the UK will get both by the end of April.

US customers can pre-order the Wi-Fi models from 12 March, but not so for us in Blighty – we can’t pre-release purchase at all.

Apple has also said that the iBooks app and iBookstore will be available in the US on 3 April, with “additional countries added later this year”. I’m hoping that the land of the Union Flag will also be getting this, even though there’s indications to the contrary, as surely this is one of the major selling points of the iPad – or am I still confused?