Apple iPad Tablet Has Been Handled 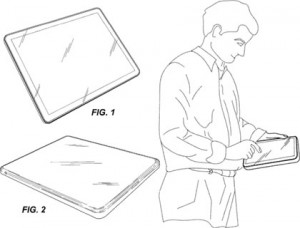 There’s more Apple iTablet news now it seems someone has actually played with the device!

The latest rumour has landed via finance site Barrons – apparently a shadowy analyst has managed to get some hands-on time with the ‘slate-style computer’ predicted to be released somewhere between September 2009 and the beginning of next year, for anywhere between $700-$1000 depending on your sources.

The whistle-blower says that watching a flick on the device is “better than the average movie experience”.

So does that mean HD video playback or cheaper Nachos?

Most rumour-mongers have put forward the image of a flat tablet style device with a 10 inch touchscreen and 3G connection – but there has also been word of an ebook store, a definite focus on gaming since the iPhone‘s doing so well, OLED tech and repacking audio content to include interactive artwork namly – Project Cocktail.

What are your thoughts?