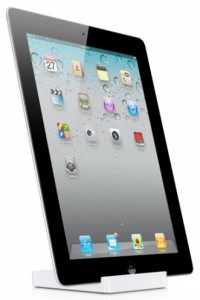 More fuel to the iPad 3 fire shows that its release is imminent. I even have an exact date!

Apple could well be poised to release its next generation tablet next month.

YourDailyMac has backed up my findings from 2 months ago that, what could be the release date for iOS 5.1, Apple’s operating system, is a strong indicator for the new hardware to be released.

The site has managed to learn that Apple plans to release 11 profiles for its iPod, iPhone and iPad models in March, these profiles are compatible with iOS 5.1 and will allow the devices to connect to networks after the update.

March 9th 2012 is when iOS 5.1 is expected to land which is too much of a coincidence not to be when iPad 3 is released. Why?

Well, that’s just a week after when Apple unveiled the iPad 2 last year!

Recently released pictures show much updating of the innards but the case design apparently remains the same as the iPad 2.

As well as a beefier processor and battery the iPad 3 is expected to pack a Retina Display screen and may put on a few millimeters in order to accommodate the better than HD touchscreen.