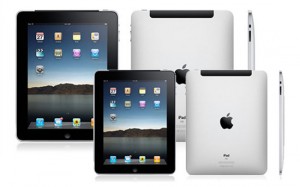 Has Google got Apple shaken? It seems that the iPad mini rumours are refusing to die with more ‘insider’ whisperers stating their confidence in Apple releasing something to bridge the space between iPhone and iPad and that will challenge the Nexus 7.

When Google announced its Nexus 7 tablet there were many gasps of excitement. A well built, Jelly Bean-powered tablet that costs under £160? Wow!

Now, two more people ‘with knowledge of the plans’ have confirmed that Apple’s newest piece of portable tech will have a 7- to 8-inch display, but will be sans retina display.

The only reason for slapping on a non-retina screen must surely be to cut costs. Does this also mean tha Apple means to take the fight directly to Google’s Nexus 7 tablet?

This is all backed up with word that Apple’s suppliers in Asia are prepping for mass production of a new tablet with a smaller screen.

Even with all of this ‘proof’ would Apple release an iPad mini without a retina display? The iPhone has one, the iPad has one and, now, even the MacBook Pro has one!

Mind you, could you imagine the dent in Google Nexus 7 and Microsoft Surface market that a cheaper iPad would make? And, it wouldn’t have the content copyright issues either 😉