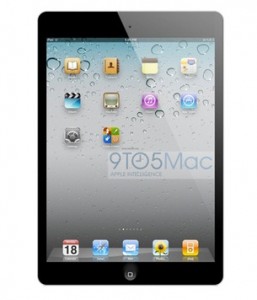 It seems that Apple’s much rumoured iPad Mini could be more of a large iPhone, rather than a shrunken tablet.

Reports by 9to5Mac and Daring Fireball are both agreeing that the 7.85-inch iPad mini would look more like a bigger iPhone than it would a smaller iPad.

As you can see in the mock-up above, one of the giveaways would be that the screen bezel on the sides would be much thinner (as seen on iPhones) – as opposed to the uniformly thick bezel around the edge of the iPad’s display.

John Gruber, of Daring Fireball, is very well connected at Apple and states: “The iPad has a thick bezel surrounding all four sides of the display; the iPhone does not. Why? Because you need a place to rest your thumbs while holding an iPad.”

Gruber wraps up by saying that, as the iPad Mini would most likely not be equipped with a Retina Display, it wouldn’t need a huge battery to power it and therefor should be thin and very light – this would also make it easier to hold in one hand.

The Nexus 7 would theoretically be a better size comparison for the iPad Mini and that form factor is much easier to hold with one hand.

Check out the pic below which purports to be a leaked iPad Mini prototype – it does seem to match the narrower tablet form factor too: 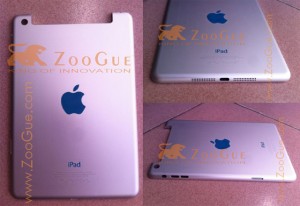