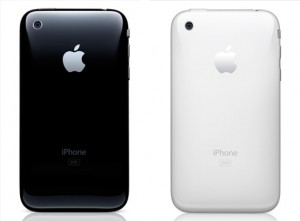 It sounds like iPhone 3GS will be ignored at the next software update – Could this be more grist to the iPhone 4S release rumour mill?

This comes from the same guy that broke the Nokia/Microsoft get together when most thought such a deal was an impossibility.

This news means that all those millions of loyal iPhone 3GS owners will be resigned to become voyeurs as iPhone 4 owners update their operating systems.

iOS 5 has been scheduled for later this year – ignoring the 3GS also points to the distinct possibility that Apple will be releasing a new handset as they seem to concentrate only on the new baby and the previous model.

This strategy will obviously push those owners of the two-year-old 3GS, who will also be coming to the end of their 24-month contracts, to upgrade to the new iPhone 4S / 5.

The same fate hit iPhone 3G which initially worked with iOS 4 last summer, but the update didn’t sit too well and so Apple pulled support with its iOS 4.3 update.

Can you smell a new Apple iPhone on its way too?