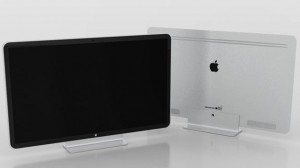 Apple iTV is the Cupertino giant’s first foray into producing a television set and now a price and specification has been leaked.

Bypassing the usual industry leaks, the specification and price of the Apple HD TV set as come way of a survey from American retailer Best Buy.

The Best Buy consumer survey proudly announces that “Apple finally reinvents what a TV can do,”

You will also be able to hook it up to the iCloud as well as controlling the iTV via you iPhone and iPad.

Interestingly the fruity telly will be equipped with an Apple iSight camera with access to VoIP service, Skype.

I would have expected the new Apple hardware to come rocking FaceTime instead of iSight but that may happen by the time the new smart gogglebox hits the streets.

Even though the survey lacks any hint of a release date (perhaps in time for the next Premiership League season) it does price the Apple iTV as costing $1,499 (£947).