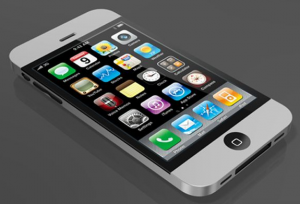 Apple has acquired iPhone5.com. Could this be a strong hint as to the name for the new iPhone or is Apple simply protecting the hallowed iPhone title?

Apple has now rescued the iPhone5.com web address for the Steve Jobs designed iPhone 5 which had previously been snapped up by cybersquatters.

This raises the question: is Apple just protecting the iPhone brand or is this being done ahead of an iPhone 5 announcement?

Cybersquatting isn’t uncommon and is basically a sneaky way of hopefully making a tidy profit by buying a domain name related to a company or product or person that’s nothing to do with you. So, a product, company or celebrity name which people will be searching for. The planned end-game is where the squatter will be approached to sell the URL to that company, product or person for a decent slab of cash.

The squatters have had to wait a while longer than planned as the expected iPhone 5 announcement was replaced by that of the iPhone 4S.

Will Apple be planning to confuse people once more though? After all, the follow-up to the iPad 2 turned out to be named the new iPad.

Granted, snaffling the iPhone 5 name doesn’t mean that’s the plan for Apple’s next phone, and they might go down the ‘new iPhone’ route. Let’s face it – if the rumours are true, Apple hasn’t even settled on a design for their next gen smartphone.

What do you thing? Will the continue through to iPhone 10 and beyond?