Apple to do Math plus iPhone 5S? 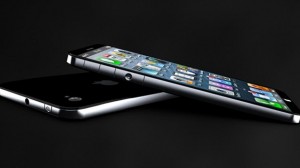 Word on the web is that Apple is to release two new handsets in June. One will be the iPhone 5S – the usual incremental enhanced version of the current iPhone whereas the other is curiously named iPhone Math.

Now, I was never a fan of maths and even less a fan of ommiting the ‘s’ at the end.

The iPhone Math will apparently sport a larger screen than the iPhone 5, 4.8-inches as opposed to 4.6. According to the rumour mill this would allow Apple to compete with the latest trend of big screen handsets that are on their way, such as the Sony Xperia Z, HTC M7 and Samsung Galaxy S IV.

Let’s face it. It would go completely go against any of Apple’s naming conventions – although they did do ‘New iPad’ and iPad Mini…

Then again, we’ve already seen the iPhone 6 pop up in developer app logs recently, so that would be a far more likely designation.

As the original rumour was translated from Chinese, others also believe that Math may actually have been a mistranslation. “Plus” is being suggested instead, but that seems just as daft to me. Possibly iPhone 5S+?

The one bit that people seem to agree on is that Apple is planning to counter with more than one iPhone in the summer. More interestingly the Chinese source states that production for the first two new iPhone devices will start in April, and that both will feature an 8-megapixel camera.