Apple in the Big Apple – New York Announcement not iPad or iTV so what? 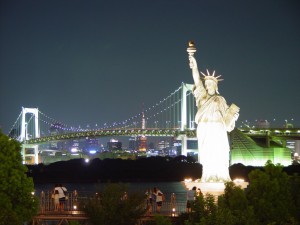 The electric grapevine is abuzz with word of an Apple event happening this month in New York. iPad 3? iPhone 5? Apple iTV? Doubtful, so what’s happening then?

Word has it that there will soon be an announcement coming from the fruity tech cobbler according to sources “close to the situation”.

Those same sources also say that we shouldn’t be getting excited about a hardware reveal – so no next gen iPad, iPhone, iPod or the much talked about iTV.

So, what is Apple planning? Well, it’s either going to be some kind of advertising or publishing launch or something to do with iTunes.

Apparently the event will feature Apple’s Senior VP of Internet Software and Services, Eddy Cue. This fella looks after the iTunes Store, the App Store, as well as iAds, iCloud and the iBookstore.

That does kinda point to something software and online purchasing related happening doesn’t it?

Like you, I’d be more excited if it was a nice, juicy bit of hardware being outed but, as the Apple App Store is probably the company’s best resource for keeping it ahead of its rivals, this NY happening is still important.

It’s not beyond the realms of possibility that Apple may time their announcement when CES in Las Vegas is on the go next week; just like they did in 2007 when they announced the very first iPhone 😉

What do you think Apple has up their sleeve?