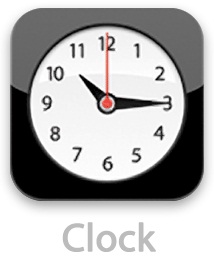 Apple can seemingly achieve wonders and yet appear powerless when faced with the mysteries of time.

November 2010 and January 2011 saw Apple’s best seller, the iPhone, fail to handle daylight savings time and set off the alarm at the right moment not once, but twice.

It seems that it has happened again and the iOS glitch has failed to cope with the switch in American daylight savings time.

The iOS clock bug has been reported to have turned the time of userâ€™s iPhones back by one hour instead of forward, resulting in thousands of people missing alarms and causing inconvenience to many.

Whilst the issue can apparently be rectified by turning the device off and then on again, or flicking it over to flight mode and back, its all a bit ‘bolting the gate after the horses have buggered off’ isn’t it?

The thing is, wasn’t all this supposed to have been sorted thanks to the recent iOS updates and patches that we’ve all dutifully uploaded?

Be prepared for the worse when our clocks here in the UK ‘Spring forward’ in a fortnight, during the early hours of Sunday 27th March. I’d recommend buddying up with someone with an Android or WinPho7 device just in case 😉