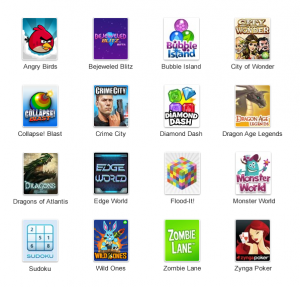 If you thought Farmville was the greatest thing to hit a social network then hold onto your pigs as Angry Birds is heading to Google Plus!

The relatively new social network is now the proud home of Angry Birds amongst other web-based titles as the company eagerly looks to tempt everyone over to G+.

The games feature will be rolled out over next few days. You will soon notice a new button a the top of your Google+ screen but Google is keen to point out that if social gaming aint your bag then, unlike Farmville and the rest on Facebook, your stream wont be spammed

Google’s SVP Vic Gundotra eased worries by stating: “If you’re not interested in games, it’s easy to ignore them. Your stream will remain focused on conversations with the people you care about,”

He went on to say: “Today we’re adding games to Google+. With the Google+ project, we want to bring the nuance and richness of real-life sharing to the web. But sharing is about more than just conversations. The experiences we have together are just as important to our relationships. We want to make playing games online just as fun, and just as meaningful, as playing in real life.”

Are you using Google+ yet? Are you looking forward to trying out Angry Birds, Bejewelled, Zombie Lane, Diamond Dash, Crime City, City of Wonder, et al on the social network?