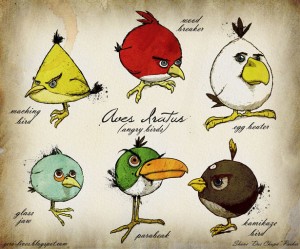 Everywhere you turn there seems to be something about Angry Birds.

Well, seems that we’re not fed up of this avian phenomenon as Angry Birds has just become the highest selling title on the PlayStation Network.

The Rovio developed mobile app has found itself sitting pretty in top place on the PSN charts in under three months after being slipped on to the PS3 console platform via the PlayStation Network.

News that Angry Birds has topped the all time PSN sales charts came via Lazard Capital Markets analyst Colin Sebastian who announced that the bird bungee game is now the most downloaded game in PSN history – albeit without stating any firm figures.

Although Colin Sebastian did add:

“75M registered accounts WW (half of which are in NA), with over 1.4B pieces of content downloaded since launch.”

Sebastian also pointed out that the PSN is becoming more popular with more casual users.

Are you an Angry Birds addict? Do you need your regular hit of bird on pig action – if so, which platform are you using to get your feather fling on with?