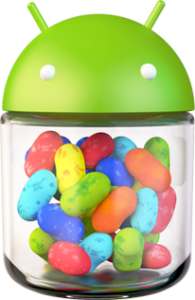 My buddy asked me earlier when he could expect his Galaxy S III to get a taste of Android Jelly Bean – thankfully I have good news for him.

If you’re an O2 or Three customer your Samsung smartie can be injected with the sweetness of Android 4.1 Jelly Bean, the latest version of Google’s mobile operating system.

O2 announced the Jelly Bean update, which can be installed to your new Galaxy over Wi-Fi or via the KIES desktop software, would be rolled out today (October 19th), though, as usual, the rollout won’t hit all phones at the same time.

Three has already begun its roll out and T-Mobile has told Tech Radar that its update will arrive “as soon as possible” – no precise date given at the moment.

Vodafone hasn’t mentioned anything and neither has Orange just yet.