Android 4.2 Jelly Bean has everything – except December 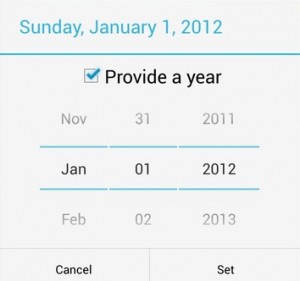 Something makes me think that the Grinch works at Google. Android 4.2 Jelly Bean is a natty bit of software, of that there is no doubt. The thing is, someone at Google would rather ignore Christmas.

Android 4.2 is kitted out with lovliness such as Photo Sphere Camera, Wireless display and gesture typing but all of that seems to have shoved December out.

Before you check your Google Calender and tell me that December is all well and good, sat in its usual place ‘twixt November and January, that’s not where the twelfth month omission is.

The problem lies chiefly in the People app, where all important dates that fall during the month of December will be ignored because, well, according to Android – December just doesn’t exist.

This slight oversight has been spotted so you can expect an update soon (hopefully before next month!) but, until then, users on 4.2 will be living their strange 11 month year and miss out on Christmas.