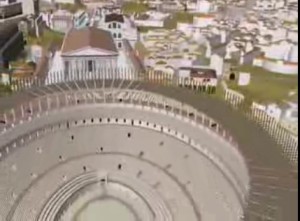 Ever wanted to wander around ancient Rome and have a good ol’ gawp at the Circus Maximus?

Well, Google has announced the launch of an ancient Rome 3D layer in Google Earth via their blog.

Working alongside the Rome Reborn Project they invite everyone in the world to travel through time and discover Ancient Rome as it was 1688 years ago.

The project includes more than 6700 buildings of Ancient Rome rebuilt in 3D as they would have appeared in 320 AD.

Now, where did I leave my toga and gladius?

Saving money on technology as a student