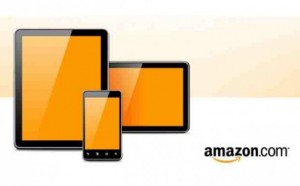 Everyone’s at it! Microsoft and Google have released tablets and now Amazon is looking to release a phone. What next, furniture from Aston Martin?

There are rumblings that, after the success of the Amazon Kindle Fire tablet, Amazon is considering making a phone.

Amazon has moved from flogging books online to selling everything from music and films to food and camping equipment as well as building its own Android tablet.

I’ve already heard that Amazon is building a Kindle Fire 2 but the latest whisper is that they may also squirt out their own smartphone too.

Full details of the Amazon mobile phone (Amozone?) are, naturally, thin on the ground but word is that the device will be cobbled by headline grabbing Chinese technology manufacturer Foxconn – them that bolt together stuff for Apple, Microsoft and many more.

I assume that the Amozone would challenge the likes of the Samsung Galaxy S III, iPhone and HTC One X on price rather than on flashy tech.

The Kindle Fire is hugely successful over in the states whereas we’re still waiting for it to land on these shores. Google has used this to their advantage and have pushed out the similarly-priced Google Nexus 7, albeit skipping lots of content.

The Amozone would be based on the Kindle Fire most likely. The way that Amazon’s tablet differentiates itself from the other Android tablets is that its interface is heavily skinned and focused towards dishing out music, movies and more, direct from the Amazon store.

Couple that with the Amazon Appstore and there’s already plenty of content to fill up a new smartphone.

This rumour first surfaced last year so I’m not expecting to see the Amozone any time soon – and, no doubt, it will be even further in the future before they make it available in the UK.

Personally, I think we have more chance of seeing an iPad mini.