Amazon Kindle in the UK for Christmas – Chris Kindle? 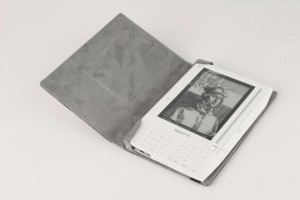 The Amazon Kindle could possibly hit the UK in time for Crimbo according to reports out in the interweblogosphere.

Perhaps nudged on at the release of Border’s Elonex e-Reader, Mobile Today reports that Amazon is “frantically working on having the Kindle ready for launch before Christmas 2009″. Deals are in place with book publishers, as are motions towards newspapers and magazines.

What has helped the Kindle to become the most popular e-Reader in the states is its ability to download books and other publications over-the-air, so Amazon may set itself up as a mobile virtual network operator, or MVNO. That means it would be a mobile operator that pays to use another’s infrastructure.

It’s reported that Amazon has outsourced manufacturing of the Kindle to Qualcomm.

Has Amazon left it too late for the UK?

If it does come over it may be sharing the Christmas lists with the likes of Sony Reader PRS-505, the iRex 1000, Bookeen Opus and Interead Cool-er.