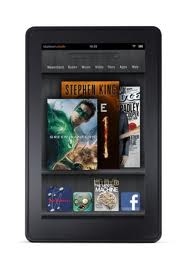 Last night I brought you the news that the UK will finally get the Amazon Kindle Touch and Touch 3G. Now I get word that a new range of Kindle Fire devices are being rumoured. Can the UK get at least one version?

It’s all very nice that Amazon has seen fit to allow the UK to get the Kindle Touch and Touch 3D but we are still eagerly awaiting the arrival of the Kindle Fire.

While we remain behind the times there is news that a diversification of the Kindle Fire lineup, with a focus on display quality is being talked about.

The report by China Economic News Service, says that the original 1024×600, 7-inch tablet will still be available for the foreseeable future.

That makes sense as, apparently, it’s a popular device. For those who can get one. I’m not bitter though 😉

What can we expect to see from the new Kindle Fire range then?

Well, an upgrade to a 1280×800 pixel display which will hand the Fire HD status as it will easily cope with 720p content is a good start.

The new 7-inch Fire HD could get its pixels per inch increased to 215ppi with the current device (among others) remaining around 170ppi.

It goes without saying that pixel density really improves readability which is important for a reading- and media-centric device like the Kindle Fire.

I would assume that the new Kindle Fires will be released around September-time. In the States anyhow. You never know, the UK might go straight to the HD range.

Did I say that I’m not bitter?