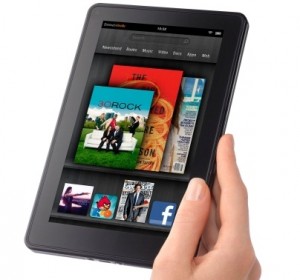 Following the news that the UK will be getting Amazon’s Kindle Fire tablet early next year it seems that the company will be furnishing it with a few tweaks ahead of its transatlantic journey.

Amazon is all set to release a software update for their budget Android tablet in “less than two weeks” which is said to hand the Fire better performance and much needed improvements to its multi-touch screen navigation.

You will also be able to edit the list of items that show your recent activity – so, if you have ‘accidentally’ opened a naughty video or website, completely innocently of course, you’ll be able to cover your tracks – Or, as some search engines will promote, cover any evidence that you’ve been searching for a surprise gift for your partner 😉

There is word that a new version of the Kindle Fire will go on sale around spring. There’s no real indication as to what the difference will be with the new version but I would imagine that the feedback given about the original will be taken on-board.

This would point to revisions such as adding external volume controls to the tablet and shifting the power button as some have remarked that it’s easy to switch off by mistake.

Perhaps Amazon may release another size in the Kindle Fire range?

Analysts predict Amazon will sell between 3 and 5 million Fires this quarter. When it lands in the UK would you be tempted for a ‘similar’ experience to Apple’s iPad for around £130 ($200)?